I’ve been on a bit of a break lately. I’m still posting stuff on Soundcloud but not quite as frequently. Part of it is life stuff, like working a new full time job, part of it a burn-out, part is a lack of recent inspiration – musically, anyway.

You see, my best music has always come naturally, and it comes and goes. Sometimes I just feel it. That’s the beauty of having left music mainly as a “hobby” – I prefer passion – of sorts, I don’t really have to do anything I don’t want to.

For a while I found myself getting hung up on producing music for licensing, which was fun at first and actually pays money, but it started feeling a like a job – especially after creating multiple variations of the same 60 second cue for someone who doesn’t know what they want, and then ultimately having them pass on it because 20 other producers bid on the same project.

Anyway, I think that frustration is well known to many, and is certainly not anything totally new.

I did just do a remix of mitch murder’s breaking waves, as a gift for my wife, which mitch was super kind to let me do.

Right now I am playing around with the idea of launching a music-related business – so perhaps more on that to come, pending the outcome of the business plan.

As always thanks for all the love and support. I have been getting a bunch of demos recently, through the site, which is encouraging. I listened to all of them so far and reached out to couple of producers about releases. Keep those demos coming.

I don’t force production because it winds up sounding manufactured, formulaic and lacks any sort of identity. I’ve said it before and I’ll say it again – this is the golden age of music because producers no longer have to crank out bad records to survive. It all takes less time, the promotion is easier, and the music sounds better than ever.

For those who are familiar with my releases, many might know that I’ve traditionally released 90% of my music with label Addictive Vibe Records, which my friend Alex Biagi started almost 10 years ago. Unfortunately, Alex was no longer able to run AVR, for personal reasons, and thus the label dissolved.

Out of loss sometimes comes opportunity. I was in a good position to launch my own label, Sonaris Music, with the support of a number of artists from AVR, including Alex. This new step is a natural move for myself and a logical next step in my musical journey.

The new label is still focused on emerging artists, first and foremost. The biggest difference between AVR and Sonaris Music is I am adding a number of electronic, and non-electronic genres to the mix – such as trap, rap and hip-hop. While SM will still primarily focus on releasing electronic music – which is what our awesome distributor Label Worx focuses on – we have the opportunity to sell on Amazon and iTunes, so there’s no reason not to include non-electronic genres.

Because I now have the reigns to a brand new label, I am looking for emerging electronic talent. The cool thing about Sonaris Music is, the label is laid back, non-exclusive, but most importantly – we’re a community. A lot of big decisions we make as a group, which means we typically vote on new artists we add to the label. We hand pick all artists who release with us and that’s what makes Sonaris Music cool – I personally (at least digitally) know every one of the 50+ artists who released music through AVR and I plan to continue this tradition with SM.

No Music Reviews – For Now

In other news, I’ve clearly not had the time to do the music reviews on this site, as I had initially planned. Because I don’t like to half-ass anything I do, that means I won’t be doing music reviews at the rate I had been doing them previously.

My apologies to the many people who submitted music for review and didn’t hear back from me. I admit that’s not very professional and not the way I like to do things.

For now, please do not send in any music for review, unless you want me to listen to a demo you’d like to release with Sonaris Music.

That all said, the new year is off to a great start, with several releases already scheduled through Sonaris Music – and more to come. I look forward to hearing from you.

Life takes unexpected turns, and lately I have been totally swamped with work and other life events. Because of this, I have neglected to review some of the great music which people have been sending my way. My hope is that I will find the time in the near future, but for now you’ll have to accept my apologies.

That said, if you’re interested in reviewing some original music, have good writing skills and a good ear – drop me a note.

The good news is, as you may or may not have noticed – I spent some time, recently, completely redoing this website with the goal of making it faster, smoother and providing a better overall experience.

I am still actively working on music, with a release in the works in the very near future, so stay tuned. I am also hoping to put together another licensing or sample pack. If you want to contribute some samples, I can include them with credit to you. 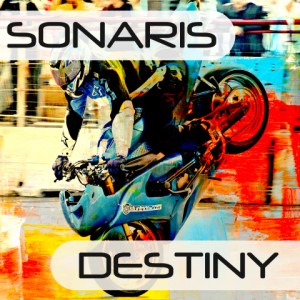 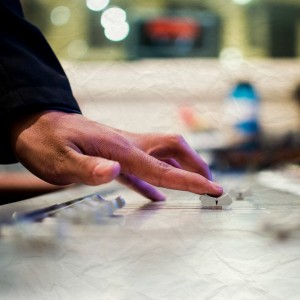