I bought the new Lady Gaga album today, on Amazon ($0.99 for the entire album), and I’ve listened to it a couple of times. I’ve been feeling verbose lately, so I figured I might as well unleash it on a page. As an added bonus, I really wasn’t a fan of Lady Gaga to begin with, really didn’t feel much of her older productions, and I was also kind of irritated by the fact that everywhere I looked – with my ears – there was a remix of some singles off of her last album. Don’t get me wrong, I love stuff as much as the next guy, but stuff my ears with it every day and I’ll want to toss just at the thought of it.

Anyway, I know a few Gaga fans and they’ve have been trying to convince me to see that she’s not as awful as I would like to think, and that I should give her music a chance. So, I figured today is as good a day as any to start with a fresh slate and listen to the album. I got the album from the Amazon MP3 store, all files (I assume all of them anyway) are 256kb compression which is “pretty good” quality, for the average end user anyway. I don’t think I’ve ever bought a 320kb off of Amazon before, so I’m not sure they even sell them, but suffice it to say that 256kb is good enough sound quality for an iPod, which is what the majority of people will listen to this on, anyway. 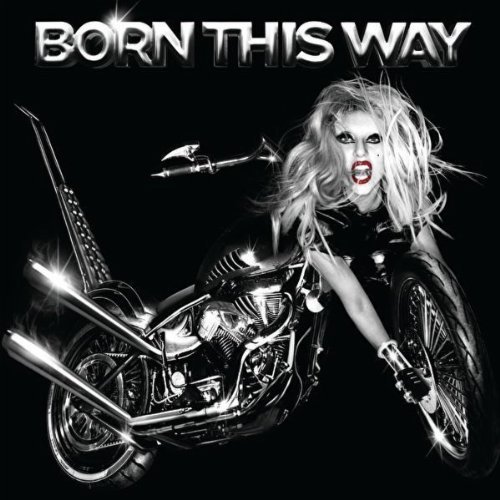 Now to the meat of the album:

I really didn’t like the title track, Born This Way. No matter what I think of the lyrics, it just seemed to be haphazardly thrown together, structurally. Especially around 2:35 and 3:40 there was so much sound happening at once that the vocals were completely overpowered by the music. Kind of left a sour taste in my mouth.

I really dug the beat, and the overall feel of Government Hooker. Really deep electro sound, it has a distinct underground vibe to it that is somehow irresistible. Then, at 1:42 the snare kicked in and holy shit is it distorted. Had to double check my headphones to make sure the speaker wasn’t blown. Nope, just a weird, un-complementary distortion on the snare. Why is it there? What purpose does it serve? No idea, but it comes back around 3:00 just in case you missed it the first time around. Minus that annoyance, the track is pretty solid, and I think I can overlook the distortion because I am a sucker for a hard, raw sound.

Judas was a poppy track, which I’ve already heard and I wasn’t really feeling it this time around either.

I enjoyed the guitar backing to Americano, and the lyrics were kind of fun and enjoyable for the most part. I liked the use of Gaga’s voice here, it felt organic, original and unforced. There were some parts where once again Fernando Garibay blasts my ears with a wall of sound, with a bit much distortion for my taste. I mean, it works on some tracks but let the voice shine here. Plus, after Kanye West distorted damn near the entire My Beautiful Dark Twisted Fantasy, it isn’t all that original anymore. Overall I enjoyed this track, though – the ripping bassline is a nice touch. I could see some club play for this easily. Of course it reminded me of  Yolanda Be Cool – We No Speak Americano, since that’s been playing damn near anywhere I have wound up for the last 3-4 months. Who cares, it’s pop…

Bloody Mary was an interesting slower track. Compared to the rest of the album, it felt decidedly slower and lacked some energy of the tracks surrounding it. Maybe I’m just not crazy about the placement, but this may have been one of my favorite tracks on the album actually. The vocals were allowed freedom, with some interesting electro-style backing and pleasantly strange use of vox fx. I would have to say that this track is well produced and has a nice clarity of sound.

Somehow, Bad Kids, reminded me a lot of Madonna, and I felt like it tried too hard to sound rebellious – it was a bit too obvious and seemed like trying to reach out to a hard-to-reach demographic. Not much more I want to say about this one, didn’t really feel much about it.

Heavy Metal Lover is a track which kind of caught me off guard. I actually was confused if this was Gaga for a minute, it felt like a crazy German robot techno party. Super hard, raw sound, the bassline accenting the flanged vocals. I got the chills on this one and had to replay it a few times. I enjoyed the hook on this track quite a bit. Then again…. 1:30 some extreme distortion and overcompression. But, I figured if you drop this on a big ass soundsystem it would probably sound kind of amazing. This is probably my favorite track on this album. There was something very Mylene Farmer about this that reminded me of childhood, nostalgia and first exposure to pop music done right.

The rest of the tracks on the album were kind of average, standard pop music fare with Lady Gaga vocals. If you’re a fan you’re going to like it no matter what I say, and if not, there are still a few tracks which I think warrant some attention for creativity and rawness. The album does come with a little PDF booklet, which has a few nice photos and some lyrics I think. Not a big selling point, but as an added-value I actually rather liked the idea.

Surprisingly, I didn’t really like any of the singles off the album, but deep inside I found a few very worthwhile gems. If I, as a skeptic and basher of mainstream pop, lately – paid full price for the album, I might have come away disappointed, but at $0.99 the album was well worth the money, even if solely because I was able to discover Heavy Metal Lover. After listening to it a couple of times, I had an interesting thought. Get the vocals for every track out there and let underground artists pick at them and see what comes out of it, then take some of the more promising re-edits or remixes and put out an alternate version of the album? I know I’d want to take a stab at HML. Is there a Sonaris bootleg of Lady Gaga on the way? I wouldn’t bet on it, but who knows…